from the “Reason or Revelation” exhibition visitors book… 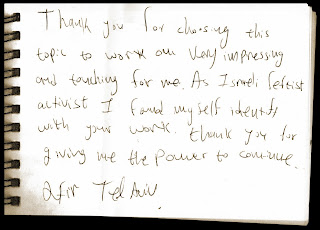 “I am impressed and amazed…”

“Your sentiments are relevant today and for every day”


“Stunning work from a very talented guy. You have really inspired me…"

"A true inspiration for peace” 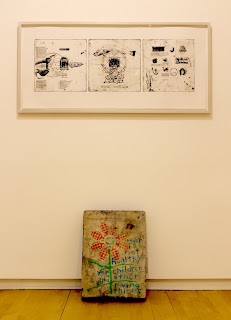 Inheritance - a time bomb or a gift to share? 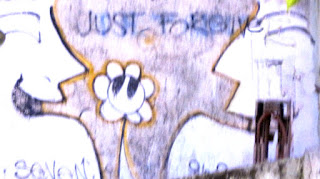 At which point in history does the conflict in the Middle East have its beginnings?

We can go back centuries, millennia even as each successive civilization puts down its roots in the land, laying the foundations for claim and counterclaim for generations to come. As soon as we untangle one part there is another layer of tangle underneath. So how far do we go back?

In the past I have always looked back to the dawn of recorded history in the Middle East but in fact I actually believe this question to be both unhelpful and inappropriate. Backwards is no way forwards. Over the centuries there has simply accumulated too much wrong and too much right on all sides to make any clear cut moral case for, or against any party being in the right or not. Too many "peoples" now have a cultural or ancestral claim on the land. If making a Divine claim on the land, lack of consideration for others can easily lead us into a "my god is bigger than your god" scenario, which then makes God into an agent of human endeavor.

So what is the way forward? There are two key words that govern my attitudes to, and actions within the Middle East whether at home in Scotland or in Jerusalem. Two words, "compassion" and "coexistence".

To have compassion for someone is to show concern for putting someone else's well-being on a par with our own. It is a recognition that everyone has the right to basic human dignity and it challenges our willingness to offer it regardless of whether we perceive it as deserved or not.

Although we may have "rights" regarding certain issues, and we may be perfectly within our "rights" to exercise them, the compassionate response is to consider the well-being of others in the light of our "rights". Their well-being and our rights may actually be in conflict with each other. I have seen this in Glasgow and in Belfast where parading/marching through a particularly sensitive area of the city is "our right". But is it actually the right thing to do, if it’s provocative and antagonistic? Is it a compassionate response? Is it not one of arrogance that says “this is my right and you are going to have to live with its consequences”?

Which brings me to the second of my two key words. Coexistence. Recently, on a gable end wall in west Jerusalem I saw a work of graffiti art that said "just forgive". It’s easy to say but in reality much more difficult to do. Fundamentalists, whichever side they are on will have difficulty with this and they will see only the rightness of their own world-view, and in more extreme cases the wrongness of everyone else's. In reality the alternative to forgiveness does not even bear thinking about. It can only lead to bitterness, reprisal (tit for tat which adds yet more layers), suspicion, fear and inevitably to an escalation of conflict.

Although it may not be easy or even desirable to forget (lest we repeat our past mistakes), it is possible to forgive. Within a conflict, this can begin to happen when at least one of the sides realises it can, and must, let go of exclusive claims on mistreatment, persecution and suffering. Having the courage to recognise that others have suffered too, is the start of putting the well-being of such others on a level with our own. I have recently been encouraged whilst talking with people on both sides of this conflict and hearing an increasing number of ordinary Israelis and Palestinian/Israeli Arabs speak of one land for all people. Some even say they don’t care what it’s called, just so long as they can live here, at home, in peace and with dignity.

Posted by Stuart Duffin at 01:57 No comments: