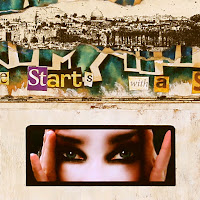 The rise of the liberal (and other) fundamentalists. 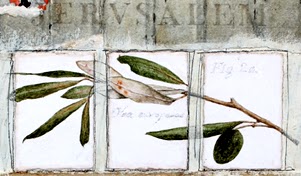 "Be the change you want to see in the world" said Gandhi.

On the face of it this is a positive and proactive attitude to cultivate. However, I can't help but wonder if, coupled with many of the self gratifying doctrines promoted by contemporary society, it could nowadays be interpreted as justification for a certain amount of arrogance masquerading as progress, change, even self-fulfillment or whatever.

I know that there is no point in sitting around moaning about stuff we don't like. And if we want to see real change then we have to DO something about it. But if we are insensitive, or should I say desensitized to those around us who may not feel the same way about the same stuff then we run the risk of creating some serious conflicts.

"The truth is that we are always forgetting the fact that other people, beyond our tribal boundaries, are actually as real as we are. No amount of beard stroking or political debate can make us empathise with the strange aliens that throng the world beyond." 1.

We see this evidenced in the shocking rise and rapid advance of ISIL (Islamic State of Iraq and the Levant, aka IS, ISIS, Daesh) in the Middle East and North Africa or the huge following and support for Donald Trump regardless of his outrageously total-phobic philosophies.

In the aftermath of the very recent bombings in Istanbul and Brussels we could do well to qualify Gandhi's brave statement with a follow up. Be the change you want to see in the world, while doing unto others what you would have them do to you. I'm going to give that a try.

This seems to be the theme running through the main body of new work that has just been launched. "Orphaned Land - Silent Land" is based on a drawing that I made and launched last year at the time of the attacks on Charlie Hebdo's offices and the Jewish deli in Paris. This is what I said about that drawing at the time...and I still stand by it. "Freedom of speech is not absolute and responsibilities are attached to it and more so when those living at the margins are subject to racism and discrimination. We should defend free speech but doing so while listening to the voice of the voiceless living in our midst..." 2. Do we identify with either the hawks or the doves in our dealings with others?

I wonder if, in "an index of possibilities" the gargoyles who are busy seeing nothing, hearing nothing and speaking nothing in the face of overwhelming evidence are going to pop up again whilst this body of work grows. I'll be keeping an eye out for them.


Notes:
1. Banksy. Street artist.
2. Yasmina Khadra. One of the most celebrated authors in France today whose real name is Mohammed Moulessehoul. He is Muslim and was born in Algeria, where he served in the military.

Posted by Stuart Duffin at 06:07 No comments: